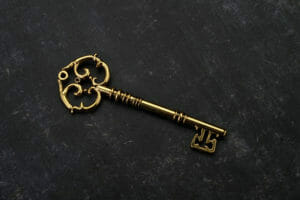 When you were born you had a heightened level of awareness.  You had to become aware of the differences between male and female, you had to become aware of how to crawl, to walk, to talk, to play, to ride a bike and do all the amazing things you did as a child. Then when you started school the focus was turned to the intellect and the awareness side of you was used less and less until it became barely used at all.

You became focused on learning information, which was directed by your teachers, and you become less and less aware. You received a report at school, which graded you on your ability to retain knowledge. And for most people this was where their self-image came from – how good they were at remembering knowledge.  You also measured how well you did to other members of your class and graded yourself in your mind. If you didn’t remember the knowledge then you received a report that gave you a low mark.  This meant you weren’t smart.   Or you had great marks which meant that you were going to be successful. Does this sound familiar to you?

This is the program that we have all been fed. To be a success then you have to be good at school.   It is just not true.  It is a complete and utter lie. And it is controlling results in your life right now. You just may not be aware of it.

You would know plenty of people who succeeded at school and haven’t done much with their life. You would know plenty of people who have failed through the schooling system and become incredibly successful multi million dollar entrepreneurs.  Their success was not dependent on their grading on a report card.  To often though our self-image is shaped by this and you “believe” what is possible for you based upon these results. The common formula became poor report card = “ I’m not good enough”, “I am not smart enough” People gave up and lacked belief about what is really possible for them.

All things are possible for you.  It’s a matter of shifting your perspective and growing your awareness. This week take some time and answer these 2 questions

1) What assumptions have you made about yourself that are giving you the results in your life right now?

2) What do you want to be assuming to get the results that you want in your life?